Home>Bitcoin News>Fuck the government and regulation, Bitcoin will explode
12 Sep 2018
490 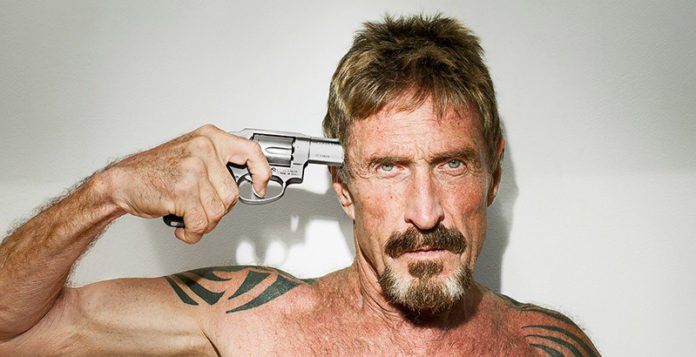 John McAfee is known in the Bitcoin universe for his controversial views. Whether it’s your own cryptocurrency, the bitfi wallet, or daring bets, there are rarely days when you hear nothing of the cryptoguru. BTC-Echo met McAfee: Why Privacy Coins have a great future, Bitcoin is going to explode, and his Wallet has not been hacked, he revealed in an interview.

In Germany you pay a lot in cash, not least because of the privacy. With your McAfee Redemption Unit, you can offer a cryptocurrency paper money solution. Do you think that in the future cryptocurrencies will be common as “Kryptonote”?

No, I will not do that. One thinks that paper money offers privacy, but it does not: you can see it, it goes through different hands, it is numbered and you can trace it back. I believe there will be nothing in the future except Privacy Coins nobody can trace back. We will also have decentralized exchanges that governments can not close. Then we are absolutely free: from any kind of documentation, state or regulatory surveillance.

“We all have something to hide”

Keyword Privacy Coins: Do you think that crypto currencies like Monero could become better known in the future than Bitcoin?

Of course, that will happen too. Here’s the problem: With the current cryptocurrencies, like Bitcoin or Ethereum, everything can be tracked and evaluated from the first transaction. I know how much you have in your wallet, when you got it, and what you do with it. Would you be glad if your bank publishes all this information? Certainly not. That’s why coins like Monero have to prevail. With Bitcoin I miss this privacy. Unfortunately, many people just do not understand that. This whole concept of: If you have nothing to hide, you have nothing to fear – that’s nonsense. Did you never tell your boss that you were sick even though you were playing golf? Have you never cheated on your wife? We all have something to hide.

What makes you so sure that cryptocurrencies will prevail over Fiat currencies?

If I want to make an international bank transfer, I have to go to my bank extra. I have to get up, get dressed, get in my car, drive to the bank, and fill in receipts. Then I have to wait for the authorization of the bank. As if that was not enough, I’m denied the transaction, for example, if the recipient sits in Lebanon. With cryptocurrencies, I do not have all that stress – why should not this prevail? A decentralized peer-to-peer system is superior in all respects, just as a car is superior to a horse. Fiat is dead.

“I can not lose, that’s simply impossible”

Last year, you predicted that Bitcoin would reach $ 1 million by 2020. Would you like to correct this in view of the weak price development?

No. I can not lose, that’s simply impossible. The number of Bitcoin users is growing every day, as well as the number of acceptance points.

Do not you think that there is regulation and that it has an impact on the Bitcoin course?

No, watch out. I bet one thing: on decentralized exchanges. If they succeed next year, I won my bet. You can not regulate anything anymore. Fuck the government and regulation. Bitcoin will explode.

Last question: It was said that your Bitfi wallet was hacked. What do you say to the allegations?

She was never hacked. If a wallet was hacked, it means that money was stolen, but that’s not what happened. Nobody has my money and I still have full control of my wallet and coins. Nobody stole the money and nobody can steal it. You can not hack the wallet, I’m sorry.

Mr. John McAfee and BTC-Echo thank you for this interview.

September 17, 2018 admin
[ad_1] It seems that the Bitcoin “whales” are awakening from their slumber. Again, a millionaire wallet emerges whose owner is
Bitcoin News

June 3, 2022 admin
[ad_1] Advertisment Kevin Prince Boateng is set to tie the knot with Valentina Fradegrada in the Metaverse.  The former AC