Home>ANALYSIS>Can the Optimism blockchain win the battle of the rollups?
13 Jun 2022
260 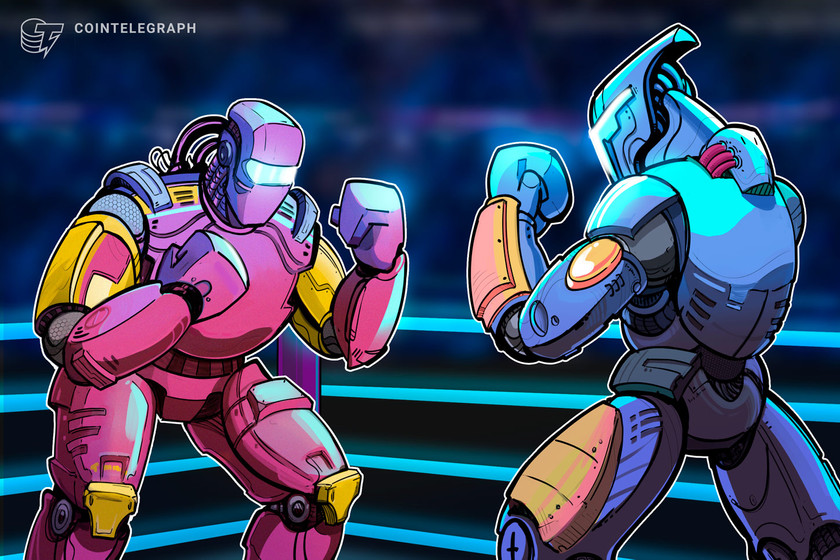 Ethereum is plagued with criticisms of its less than optimal scaling capabilities and high gas prices. There have been talks about increasing the scaling capacity of the Ethereum mainnet for a while now.

However, the Ethereum ecosystem needs a solution for scaling right now, and if Ethereum is not able to give these new applications a platform with enough scaling capabilities, they can seek alternatives like the BNB Chain or Cardano. Optimism rollout was created to solve exactly the scalability problem of Ethereum.

Optimism Rollup network is one of the several solutions trying to address Ethereum’s congestion problem. The Ethereum network is often congested to the almost maximum capacity, and until upgrades to the main blockchain are made, scaling solutions like Optimism allow Ethereum’s transactional abilities to remain usable without shelling out a fortune on gas fees.

In short, Optimism uses advanced data compression techniques to speed up and cut the costs of Ethereum transactions. They do so by a technique known as called Optimistic Rollups, where multiple transactions are “rolled up” into one transaction and settled on another cheaper blockchain. The verified transactions are then fed back to the main Ethereum blockchain. The biggest advantage of Optimistic Rollups is the fact that they do not compute by default, which theoretically leads to scalability gains. Estimates say Optimistic Rollups can offer 10-100x improvements to scalability. On the downside, however, is the existence of a “challenge period,” which is a time window in which anyone can challenge assertion and increase withdrawal time.

Battle of the rollups

Now, a natural question arises: How is this different from widely used zero-knowledge (zk) Rollups?

Zk-Rollups rely on a zero-knowledge proof for all state transitions to function correctly. Afterward, each transaction is compared to the smart contract on the mainchain. Meanwhile, Optimistic Rollups depend on a user submitting a new state root to the sidechain without validating the rollup contract.

When it comes to application, perhaps the biggest difference between the two lies in costs, as Optimistic Rollups require nodes to simply execute contracts, whereas zk-Rollups need to produce a complex cryptographic proof that requires hundreds or thousands of expensive elliptic curve operations in a proof. This makes zk-Rollups significantly more expensive to use than Optimistic Rollups. However, zk systems have an advantage in bridging to layer 1.

In the world of Optimistic Rollups, there are two main players: Optimism and Arbitrum. The main difference between the two lies in the way they generate a fraud proof for the network. While the current version of Optimism requires non-interactive fraud proof, Arbitum uses an interactive method. Other differences are regarding their Ethereum Virtual Machine (EVM) compatibility and Ethereum tooling.

Currently, there are over 1,000 projects that use Optimism and the total value locked on this chain, according to DefiLlama, is $364.7 million at the time of writing. One of their biggest proponents seems to be Synthetix, which has over $120 million locked on Optimism. When asked about their trust in Optimism, a spokesperson from the Synthetix team told Cointelegraph:

“Synthetix was an early adopter of Optimism and decided on a protocol back in 2020 to build on this Ethereum scaling solution. At that time, it was a matter of choosing a solution with conviction. We identified early that we absolutely had to have scaling, as we are a very complex smart contracts suite. Perpetual futures and low latency oracles were not going to happen on L1.”

When Cointelegraph asked why Sythethix chose Optimism over Arbitium, considering Arbitium was market-ready prior to Optimism, they replied:

“Both Arbitrum and Optimism had a lot of work to do, but we made the decision to commit to working with a specific team, which was Optimism, and bear a lot of the costs that it would take to get to mainnet. We chose Optimism because they have some of the best researchers in the Ethereum community and we had a lot of confidence that they would be able to execute on their vision.”

In many ways, Synthetix has taken a similar approach to that they did with Chainlink in their pre-mainnet process. Synthetix has invested heavily in transitioning the protocol from a user-facing protocol, enabling direct trades and swaps to a base layer on Optimism for other protocols to build on top of. Since launching on Optimism, the team at Synthetix has seen several other protocols integrate with Synthetix to establish the foundation of the Synthetix ecosystem, which facilitates unique and efficient trading across several financial derivatives.

Recent: Bitcoin and banking’s differing energy narratives are a matter of perspective

However, many in the industry share the same opinion. Jagdeep Sindhu, the lead developer and president of Syscoin, told Cointelegraph that the traction Optimism has gained is short-lived and, in the long run, Arbitium might have the edge over it. He elaborated:

“Optimism is front-line to EIP-4844 (blob tx data) as well as Cannon, which is inside of the new bedrock release. This means it removes the OVM interpreter and relies directly on EVM execution for fraud proofs. Nitro of Arbitrum does the same thing. However, Arbitrum is a bit more tight-lipped on scheduling the release. We feel Arbitrum is closer to release, but it works under more of a closed source methodology, making it hard to know until all of the tooling is released.”

Jagdeep thinks it’s only a matter of time until the release of Nitro and the pendulum will go back in Arbitium’s favor. He continued:

The increasing traction of Optimism

Optimism has gained institutional support from the likes of Andreessen Horowitz (a16z) and Paradigm. In March 2022, they raised a total of $150 million in a Series B funding round at a valuation of $1.65 billion.

In the press release announcing the Series A funding for Optimism, a16z said:

“One of the most exciting things about what Optimism has built is that it can be seen in many ways as an extension of Ethereum — from its philosophy down to its tech stack. This close adherence to Ethereum development paradigms results in a very easy transition for developers, wallets, and users: no new programming languages, minimal code changes to existing contracts required and out-of-the-box support for the majority of existing Ethereum tooling.”

The aspect of aligning the core philosophies of both Optimism and Ethereum was recently praised by Ethereum co-founder Vitalik Buterin too:

This is a great example of why I’m so proud of @optimismPBC for adding non-token governance (the Citizen House).

Optimism explicitly has goals *other* than just “make OP go up”, and the only way to do that long-term is with explicit representation of non-token-holder interests. pic.twitter.com/vofVVx53mC

Token House, which is already active, governs technical decisions related to Optimism, such as software upgrades. Citizens’ House is scheduled to be active later in 2022 and will govern public-goods funding decisions.

Optimism launched its native token OP on May 31, 2022, where a total of 231,000 addresses were eligible to claim 214 million OP tokens as part of their first airdrop. This was one of the most prominent events in Optimism’s history as far as tokenomics is concerned, as the 214 million OP tokens accounted for 5% of the total 4.29 billion supply. However, 95% of the tokens are yet to hit the market.

OP tokens were distributed according to the following:

Optimism-based projects have spiked the interest of both developers and people with a monetary interest in the token. However, despite institutional interest from prestigious firms like a16z and industry leaders like Buterin, the price of the OP token has fallen from $4.50 to just over $1.00. A lot of it could be attributed to the market conditions at large and the current limited use of OP tokens. However, when the market turns bullish and the Ethereum network gets more congested, it is certain that interest in Optimism is bound to pick up.

How Blockchain Could Help Airlines

August 14, 2018 admin
[ad_1] Airlines and airports are functioning on outdated methods of information collection and distribution, using many isolated operating systems where
ANALYSIS

Cryptocurrency Stands to Win Big in the Football Sector

September 17, 2018 admin
[ad_1] As advocates of blockchain put forward theses for revolutionizing a plethora of industries around the world, European football —
ANALYSIS

August 13, 2018 admin
[ad_1] In what is being called a world first, the World Bank has ordered the creation of a blockchain-based bond