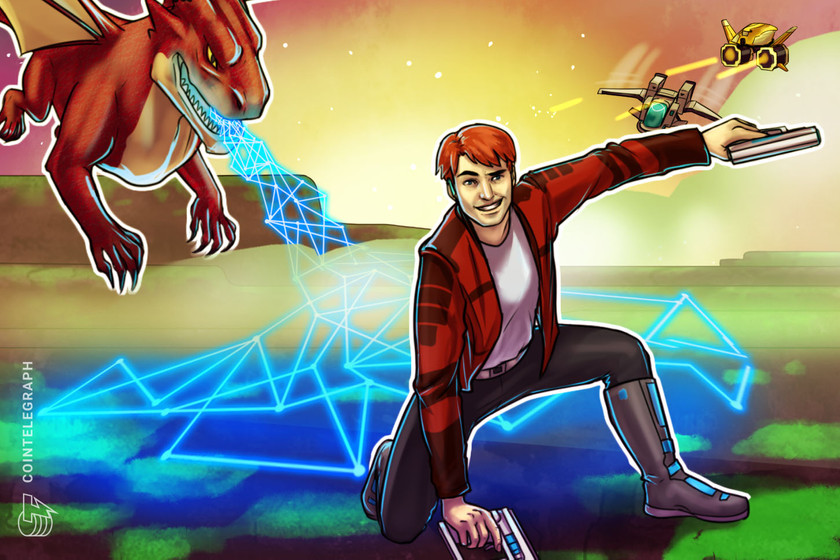 Blockchain games were the subject of the latest DappRadar x BGA Games Report #5, published on June 21. The report looked at healthy ecosystems and investments coming into the GameFi and Metaverse markets.

Several projects were covered in detail in the report, which outlined their continued success and growth. Splinterlands, Illuvium, Galaverse, and STEPN have continued to bring new players to their platforms, gain financial interest, and expand their businesses.

Dappradar claimed that a common theme between many of these popular projects was the underlying utility provided by the gaming aspect itself. GameFi and Metaverse projects have begun to utilize NFTs and crypto tokens in ways other than pure speculation — one example being NFT shoes in the STEPN move-to-earn (M2E) project, which can be bought and sold in the STEPN metaverse, potentially offering some incentive in addition to the exercise aspects of the game.

The report indicates that game play itself has at least partially demonstrated utility in the context of the metaverse in Q2 2022. As Bitcoin was declining in early June, the blockchain game Illuvium sold 20,000 land plots, generating 4,018 ETH for its developers, worth $72 million USD at the time the sale took place. The report suggested that Splinterlands has held 350,000 daily unique active wallets (UAW) since May, showing a slight 4% decline from April.

Investments have continued to roll into the space as well. A16z and Dapper Labs invested $1.3B into GameFI and metaverse technologies, seeming to indicate continued venture capital interest and support. Decentralized blockchain Flow also received a $725 million investment from Dapper Labs to support its metaverse related initiatives such as NBA Top Shots.

Metaverse related technologies still appear to be in an incubation period and likely have a long road ahead. Interoperability issues, security concerns, legal clairy, uses and misuses, market instability and poor market sentiment all continue to be major hurdles for the young technology.