Circle’s USDC stablecoin is closing in on the market dominance of USDT as the latter continues to haemorrhage holders. The last five weeks have seen tens of billions of USDT tokens redeemed for cash as the crypto market contracts, leaving Tether at risk of losing the third spot it has occupied since October 2020. Its owners hope that a full audit will restore trust, but by the time this is completed USDC might be the most dominant stablecoin in the crypto space.

Tether Losing Holders by the Bucketload

Tether has had a tough few weeks, with the crypto winter and perceived uncertainties about its backing (again) causing holders to turn to other stablecoins or cash out of their USDT positions entirely. This has resulted in the Tether’s market cap tanking 19% in just five weeks: 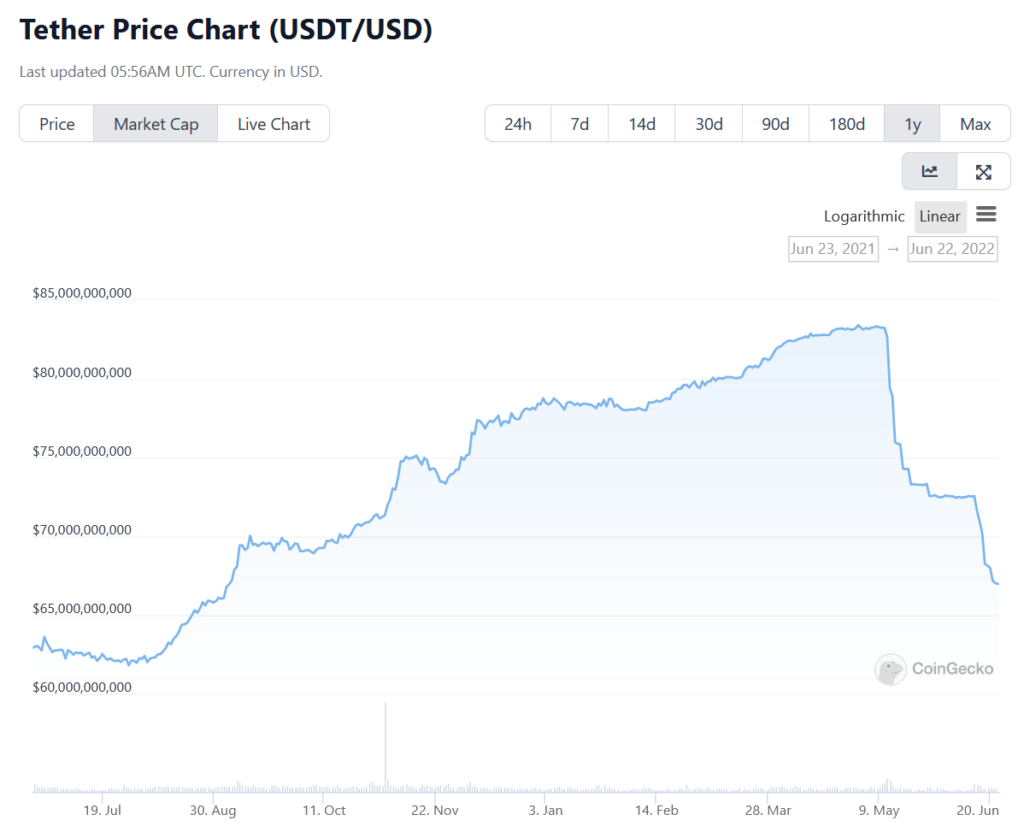 This collapse is despite CEO Paolo Ardoino doing his best to reassure holders that Tether absolutely has the resources to warrant any ‘bank run’ scenario, reassurances that don’t seem to be reflected in the actions of holders.

The collapse of perceived trust in Tether has led to other stablecoins benefiting, most notably Circle’s USDC token, which is backed by cash and short-term U.S. government bonds and is audited monthly. This has resulted in much more trust being attributed to it, trust that is reflected in its market cap over the past year: 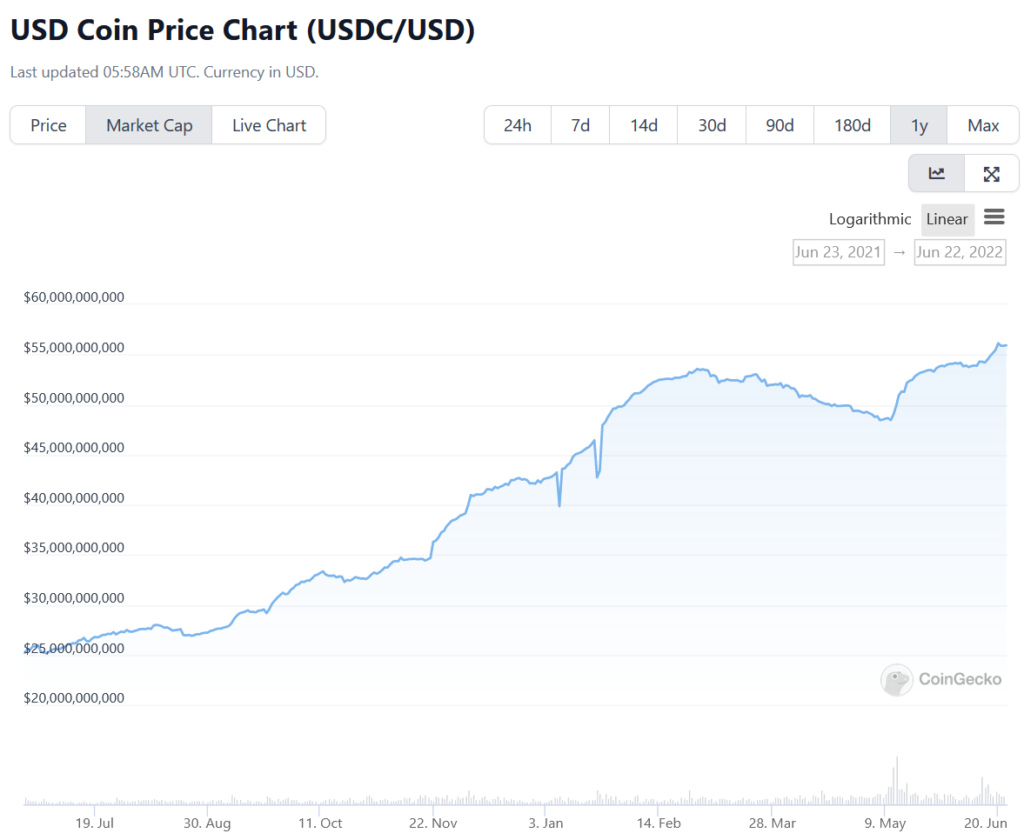 While both stablecoins suffered in the wake of the 2022 collapse, USDC benefited hugely from the fallout of the Terra incident, and the market collapse it sparked: Tether’s market cap dropped by $10 billion in the days after the Terra collapse, temporarily de-pegged, and then kept dropping, whereas USDC saw a $3 billion uptick and a steady increase of another $5 billion.

What this means now is that the battle to be the biggest stablecoin in the crypto space is tighter than it has been in years – USDC’s market cap is $56 billion, whereas USDT’s is now just $67 billion. If the trajectories keep on as they are, it won’t take long before a flippening occurs.

USDT Still Loved by the Market

However, all is not lost for Tether. Firstly, we can’t ignore 24 hour trading volume, which is a clear indicator of how readily the respective coins are used on exchanges every day. Here, Tether is miles ahead, with $42.5 billion being used in trading every day.

USDC on the other hand sees nine times less action, with only $4.7 billion worth of daily activity. This shows that Tether is still by far the most used stablecoin, which speaks to the level of trust users have in it.

Secondly, Tether is known to be preparing to undergo a “full audit” but a top 12 firm in order to clear up any issues over its holdings. Should this actually go ahead and yield positive news, we can expect a flow of capital back into UST again, but by then Tether may find itself kicked out of the top three by its rival.

June 28, 2022 admin
[ad_1] The popular blockchain gaming company, The Sandbox, has joined forces with TIMEpieces, the NFT arm of TIME Magazine. According
ALTCOIN

July 15, 2022 admin
[ad_1] The latest Uniswap (UNI) chart pattern suggests that investors should be prepared for a correction after gaining nearly 20%
ALTCOIN

September 14, 2018 admin
[ad_1] The Swiss-based cryptocurrency project the Tezos Foundation has announced that its mainnet will be launched on Monday, according to