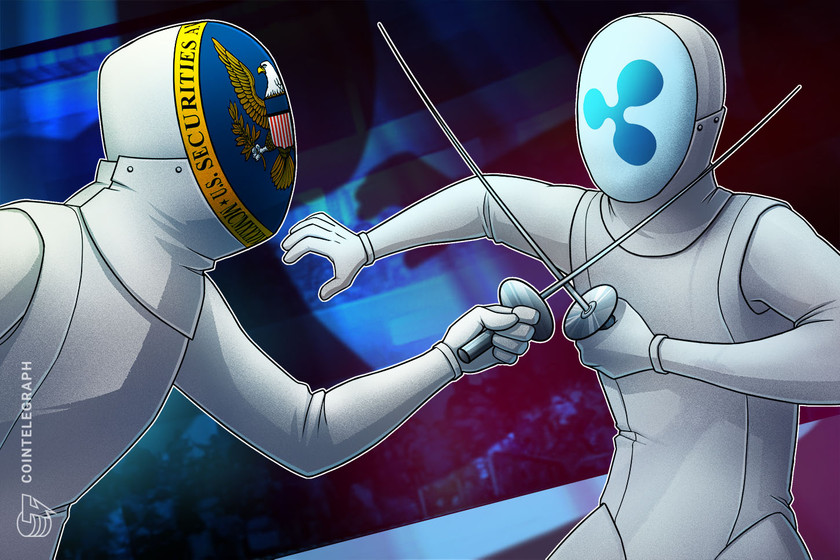 Brad Garlinghouse, the chief executive officer of Ripple Labs, has claimed the United States Securities and Exchange Commission, or SEC, has inconsistently imposed regulations on crypto firms in the country.

Speaking to Wired editor-in-chief at the Collision conference in Toronto on Thursday, Garlinghouse pointed to Ripple’s current legal battle with the SEC, in which the federal regulator has alleged the company’s executives conducted an “unregistered, ongoing digital asset securities offering” with XRP token sales. Garlinghouse referenced the SEC’s approval of Coinbase’s public offering in April 2021 despite the fact the crypto exchange listed XRP at the time.

“The SEC now seems to take the position when they sued us that ‘XRP is a security and always has been’, but they approved Coinbase going public even though Coinbase is not a registered broker-dealer,” said the Ripple CEO. “There’s some contradictions here of the SEC almost not, within its organization, knowing left hand, right hand.” Garlinghouse added:

Garlinghouse, Ripple co-founder Chris Larsen, and chief technology officer David Schwartz have all leveled complaints against U.S. regulators prior to and following the SEC filing its lawsuit against the firm in December 2020. Larsen suggested in October 2020 that Ripple might consider leaving the U.S. behind given many authorities’ policy of “regulation through enforcement” — the firm is currently headquartered in San Francisco, but also has offices in Dubai and Wyoming.

“I don’t think [crypto is] the Wild West at all,” said Garlinghouse, in response to SEC chair Gary Gensler’s characterization of the space. “I think crypto certainly is a volatile asset class […] All asset classes have a certain volatility — I don’t think it’s a regulator’s job to determine how that volatility should be accessed by consumers, by businesses.”

“I don’t think it’s the wild west at all.” Ripple CEO @bgarlinghouse thinks the SEC isn’t painting crypto in the right light. pic.twitter.com/iO30gVafTn

The court case between Ripple and SEC is still ongoing, with many expecting the results to set a precedent for the regulatory treatment of cryptocurrencies in the United States.

Do Kwon dismisses allegation of cashing out $2.7B from Terra (LUNA), UST

June 12, 2022 admin
[ad_1] Do Kwon, the CEO and co-founder of the infamous Terra (LUNA) and TerraUSD (UST) ecosystems, refuted the claims of