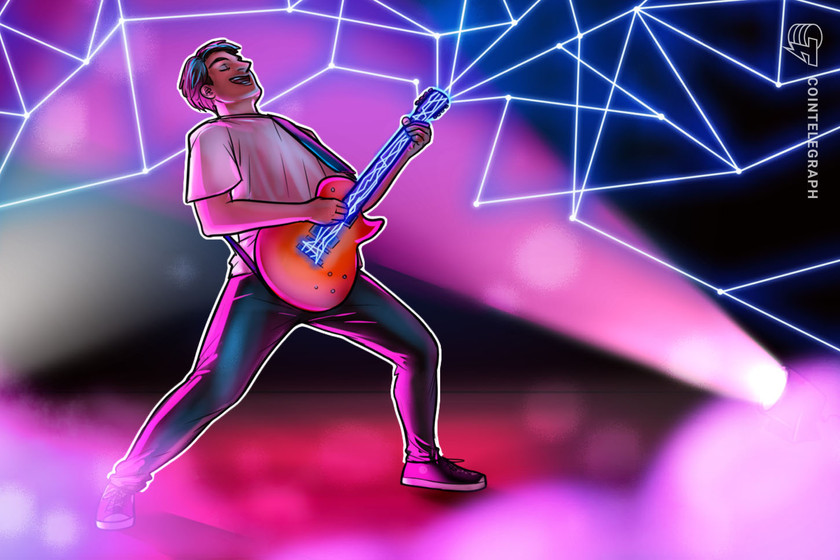 While critics use the bear market as an opportunity to pounce on crypto and belittle its value, some projects take this chance to develop and launch industry-disrupting platforms on the blockchain.

In July, firms launched or revealed their intentions to construct blockchain-based music licensing platforms that aim to change the way songs are licensed by reducing costs, removing intermediaries, and bringing all of blockchain’s inherent benefits to the music scene.

Commenting on the topic, Mehmet Eryılmaz, the CEO of Web3 entertainment firm Faro Company, said that blockchain provides new frameworks for traditional industries. He explained that:

“Blockchain offers an opportunity to rethink a new economic model for all of the entertainment including the music industry.”

According to Eryılmaz, the most important and primary advantage of blockchain platforms is the fact that it allows full audience ownership. “This model holds the secret sauce for full-pledged economic autonomy,” he said.

While blockchain-based music platforms have only started to pop up, the event gives a preview of what the technology can do for music. Without further ado, let’s have a peek at some projects that aims to bring music ownership rights to the blockchain.

Web3 project Dequency has launched its music licensing platform after completing its beta phase. The team has created a decentralized licensing portal for music rights holders and creators and allow them to perform their licensing transactions directly.

In an announcement sent to Cointelegraph, Keatly Haldeman, the CEO of Dequency, said that the platform utilizes Web3 tools like smart contracts and crypto to facilitate more efficient licensing transactions and payments. Haldeman explained that the platform allows easy licensing for audio-visual content creators who need a diverse music catalog.

According to the team, the project is built on the Algorand blockchain and will also provide on-chain licensing for blockchain-native content.

SphereTrax, a project led by Sefi Carmel, a prominent composer who is also designing sounds for upcoming crypto films, has announced that it will launch a music licensing platform based on Bitcoin SV (BSV) later in 2022.

In a press release, the team told Cointelegraph that the platform will curate a gallery of tracks and songs that can be used in films, television, and advertisements. Apart from these, the team said that the soundtracks curated by SphereTrax can also be implemented in gaming, virtual reality (VR) and augmented reality (AR).

According to Sefi Carmel, the project will be an enhanced music library that provides accessible and timely tracks for the creative industry. Carmel also noted that this move is in preparation for the wider adoption of VR, AR and metaverse technologies.

In January, the platform collaborated with the popular rapper Nas, allowing fans to acquire nonfungible tokens (NFTs) that give them ownership rights over some of the artist’s songs. This allows NFT holders to earn with Nas on the songs titled “Ultra Black” and “Rare.”

Related: Experts explain how music NFTs will enhance the connection between creators and fans

As the adoption of blockchain-based licensing platforms continues, these projects may also face their fair share of challenges. According to Eryılmaz, two potential roadblocks for these projects include misrepresentation and legality. To combat this, he explained that:

Additionally, Eryılmaz highlighted that it’s very important for projects to be detailed regarding information related to the duration of the rights, territories, and rights in terms of revenues generated.

February 3, 2022 admin
[ad_1] The decentralized finance (DeFi) space is continuing to heat up, with the world’s first ever exchange traded fund (ETF)
BLOCKCHAIN