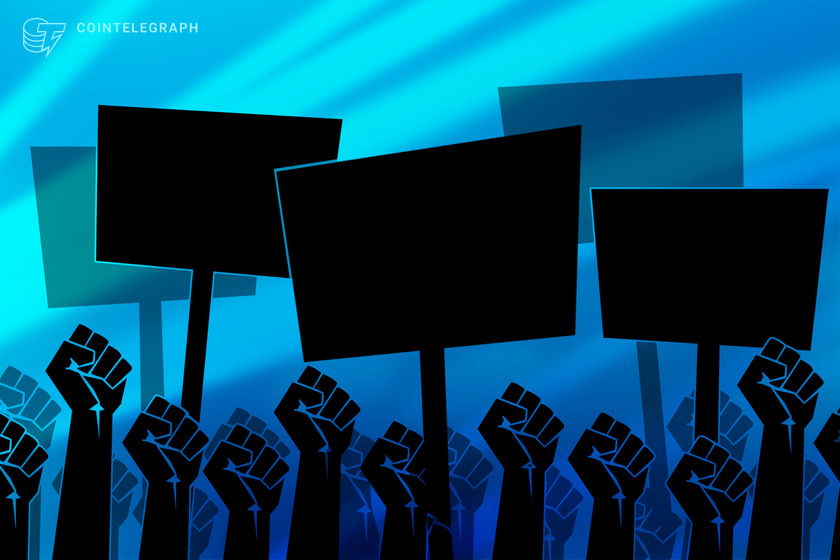 Amid economic and political turmoil, the Central Bank of Sri Lanka, or CBSL, has warned the public against crypto purchases due to the lack of regulatory oversight.

In a Tuesday notice, the CBSL said it has not authorized or licensed any company in Sri Lanka to offer crypto-related services, including exchanges, initial coin offerings, and mining. The central bank said the warning was in response to “recent developments in relation to virtual currency usage,” likely referring to the market downturn and significant volatility in the prices of cryptocurrencies like Bitcoin (BTC).

“[Virtual currencies] are considered as unregulated financial instruments and have no regulatory oversight or safeguards relating to their usage in Sri Lanka,” said the CBSL. “The public is therefore warned of the possible exposure to significant financial, operational, legal and security related risks as well as customer protection concerns posed to the users by investments in VCs.”

The announcement came amid inflation in Sri Lanka reaching more than 54% in June as the SBSL bank raised interest rates to 15.5%. According to data from the central bank, inflation is roughly 45% at the time of publication, affecting the cost of living for the 22 million people living in Sri Lanka.

On Saturday, hundreds of protestors stormed Sri Lankan President Gotabaya Rajapaksa’s residence in Colombo, later reportedly seizing 17.8 million rupees — roughly $50,000 at the time of publication — taking control of the building, using the facilities, and eating food in storage. Thousands of Sri Lankans have also taken to the streets of the capital city in protest of the government’s response to the economic situation. Parliament Speaker Mahinda Yapa Abeywardena said that Rajapaksa will be resigning on Wednesday.

Demonstrators entered the residence of President Gotabaya Rajapaksa of Sri Lanka on Saturday, amid large protests over the country’s economic crisis. The country’s political leaders have asked him to step down. https://t.co/R2N2OQLhZ9 pic.twitter.com/3tgR68dfDU

Though publicly expressing warnings on crypto, Sri Lanka’s central bank previously helped develop a Know-Your-Customer proof-of-concept project as part of a government initiative aimed at exploring using blockchain and crypto mining. Some social media users claiming to be in Sri Lanka have also said they will hold stablecoins like USD Coin (USDC) as a hedge against the country’s high inflation and bankruptcy.

July 18, 2022 admin
[ad_1] The Russian government-backed tokenization platform Atomyze has issued its first digital asset backed by palladium in collaboration with the
Business

What bear market? This token is quietly making new highs, up 300% against Bitcoin in 2022

July 15, 2022 admin
[ad_1] Allison Herren Lee, one of five members of the United States Securities and Exchange Commission’s board, has officially left